Navigating currency markets is a tricky business because foreign exchange lies at the intersection of many markets, and a wide variety of ever-changing factors determine a currency’s value. Matt Nobes, FX Trader of Global Reach, outlines some recent themes which have defined broader market dynamics so that you can view 2021 through a clearer lens. 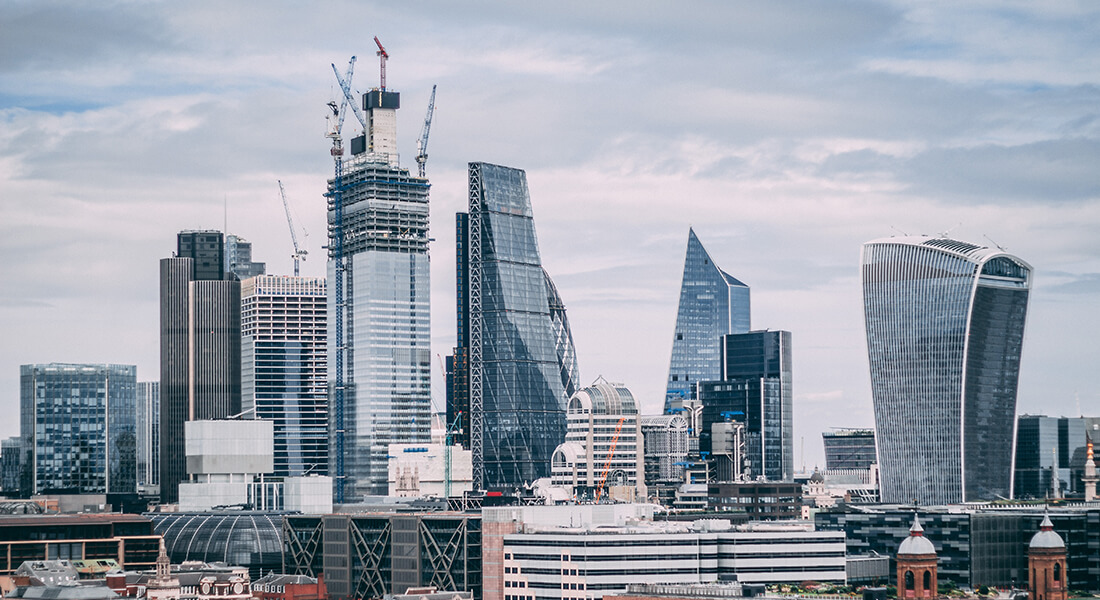 It might seem a little controversial to call the Pound undervalued, having seen its value against the US Dollar rise over 20% since the height of the COVID-19 pandemic, but there are other dynamics to consider. Without getting drawn into the pros and cons, Brexit, as a market risk event at least, is seemingly no longer a factor. Admittedly, the UK-EU agreement is overwhelmingly ‘thin’, and Britain now faces the task of handling post-Brexit trade disruptions, which seem to have had minimal effect on the Pound, but for now, these are non-drivers for Sterling. Volatility measures for the Pound have also calmed in a reflection of increased certainty over the UK’s economic future, with some on course to return to levels not seen since before the Global Financial Crisis.

The bullish case for Sterling in 2021 is underscored by the UK’s vaccination programme, which is undeniably a winner compared to the US and major Eurozone nations. Virus headlines dominate the G10 FX space, and with good reason – those economies have been decimated by lockdown measures. The UK is on course to have most people vaccinated by the summer, meaning a reopening of the economy and greater growth prospects for H2 this year. One caveat to mention is virus mutations, which may leave the Pound vulnerable if new coronavirus strains reduce the efficacy of UK vaccines.

Looking longer-term, Sterling is heavily undervalued when considering market positioning and historical conditions. In the post-referendum world, investors were largely underweight Sterling, but we’ve seen that shift to a small, but not overcrowded, overweight position since the start of the year. At the time of writing, the Pound is trading almost 13.75% below the Sterling-Dollar 20-year average and around 11.5% below the Sterling-Euro 20-year average; an additional case can be made for mean-reversion in 2021.

Put simply, a poor pandemic response means the Eurozone’s economy will struggle to get off the ground in 2021. Looking back to December 2020, the consensus call of a collection of economists cited in a Bloomberg article, was for a bullish Euro view of around $1.25, based on vaccine optimism. Fast-forward to March 2021, and it’s hard to escape the wave of Eurozone-negative sentiment across mainstream media. Europe’s vaccine woes dominate G10 FX news and will do for the foreseeable future as it has widespread implications for 2021 Eurozone growth. Market participants are expected to shed a little of their Euro positioning in the coming months but could plough back into the common currency in Q3/Q4, pending better global growth conditions.

Looking more holistically, Europe could be facing renewed existential concerns in the coming year, with several political events in play that could benefit the Eurosceptic cause. Elections are pending in France and Germany, the bloc’s two largest economies, while Italy remains a concern. Former European Central Bank Chief, Mario Draghi, faces the unenviable task of turning Italy’s fortunes around but will be aided by the EU’s new fiscal weapon, the Recovery and Resilience Facility – designed to hand out grants and low-interest loans to help the EU’s 27 members recover from the pandemic.

While the outlook could be GBP-bullish, EUR-bearish, at least for the first half of 2021, the US Dollar’s valuation path is more open to interpretation. Markets went into a full-blown risk rally following Joe Biden’s Presidential election victory, with the dynamic of stocks higher, Dollar lower firmly in play. Arguably, the rally has room to continue, despite equities hovering around record highs, although it would be short-sighted to suggest that this dynamic can continue ad infinitum. Turning to global politics, the new administration has strongly suggested it will try and diffuse Trump-era political tensions, despite indicating the broad continuation of nationalistic trade policies. Domestically, the Biden administration has made it clear that it will do everything to support the pandemic recovery, having passed a $1.9tn fiscal relief package through the House of Representatives.

Looking at Commodity Futures Trading Commission data, Dollar positioning is already at historically bearish levels in a post-Global Financial Crisis era; however, the case for Dollar appreciation rests on more than a rebalancing of portfolios. Another massive dose of fiscal stimulus is expected to help spur the US economy back to growth conditions, quicker than the EU, especially if virus worries subside by the end of Q2. In this scenario, the Federal Reserve will move away from ultra-easy monetary conditions; a gradual tightening of policy may add to the Dollar’s attractiveness in the latter months of 2021.

The cap on Dollar strength depends on us revisiting an old adversary – the global growth climate. Assuming most major economies are well on the way to recovering from the pandemic in Q3/Q4, it could be a strong case for a shift out of G10 towards the Emerging Markets. In particular, China’s economy is set to keep outgrowing the US; without relying on supporting a massive deficit, the yield advantage on offer will prove a strong headwind for the Greenback.